The animal-using industries have claimed that the Advertising Standards Authority upheld their complaint about a Go Vegan World ad. That is not the case. There has been no ASA ruling against a GVW ad. 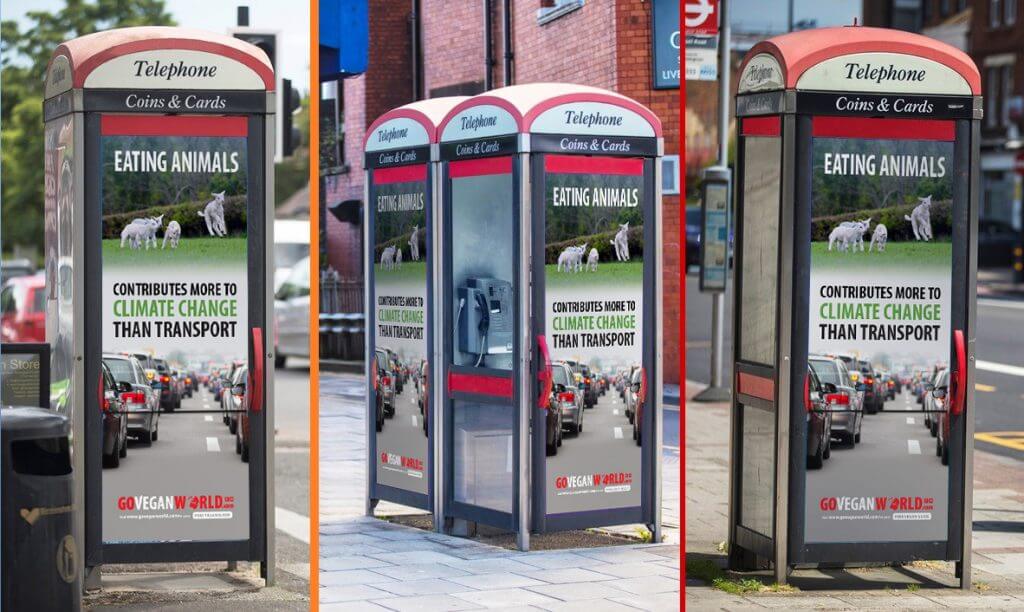 Our climate change ad points out that consuming animals has a devastating impact on the environment, specifically noting that its contribution to climate change exceeds transport in order to give viewers a real sense of its impact.

As with all our ads, viewers are directed to our website for more information, where they will find links to the reports that support the ad: https://goveganworld.com/destroying-our-shared-environment/

Predictably, the animal-using industries complained about the ad. There were delays at the ASA and they were still at the stage of preliminary consideration when the climate change ad reached the end of the advertising period we had paid for. As it was no longer running, we agreed to have the complaints dealt with informally, whereby the complaints were closed without any formal ruling on the ads.* Industry claims that there was a ruling against the ad are false.

The 2013 FAO report Tackling Climate Change Through Livestock is the most recent comprehensive analysis of the overall share of GHG’s attributable to animal agriculture. It concludes that animal agriculture contributes 14.5% of all anthropogenic GHG’s, or 7.1 GtCO2e.

The 2014 5th report from the International Governmental Panel on Climate Change (“IPCC”)  assessed the contribution of transport at 14% of all anthropogenic GHG’s, or 7 GtCO2e.

This puts animal agriculture ahead of transport by 0.5% or 0.1 Gigatonnes of CO2 equivalent; a very significant amount.

There are other analyses of the impact of animal agriculture that indicate its contribution to climate change is much higher than the FAO report suggests. The FAO report also has many exclusions, including a complete failure to account for the impact of consuming fishes. However, even taking the conservative approach of the FAO, there is a clear scientific basis for an educational ad that points out to the public that the contribution of animal consumption is higher than transport.

The industry complainants argued that the ad was misleading because UK and Scotland-specific emissions figures do not show animal agriculture outstripping transport. This totally misunderstands the point made in the ad and ignores the fact that we live within a global food system.

The ad is about the impact of consumption of animal products, wherever those products may be produced. Individual countries compile data for GHG emissions caused by production in their country, with those figures submitted to the IPCC for the purpose of compiling global figures. We import more than half of all food consumed in the UK, with huge amounts of “meat” imported from other countries including Brazil, where the biggest cause of Amazon clearance is animal agriculture. In addition, we import huge volumes of food that is fed to the animals we use here, including soy-beans. The Scottish and UK emissions figures do not cover the contribution of this consumption.

The Scottish and UK emissions figures also take no account of the impact of land use change. The FAO analysis of the overall contribution of animal agriculture takes account (at least to some extent) of the impact of clearing land for animal agriculture (for grazing and for growing food fed to animals), the consequent loss of carbon capture and the emissions from burning. Given the volume of animal feed and animal products we import, assessing the contribution of our consumption must account for the impact of related land-use abroad.

We also need to acknowledge how animal agriculture affects land-use within the UK itself, and the impact of that on climate change. A recent report from Harvard pointed out that around half the total area of the UK is used for animal agriculture, and around half of the available arable land is used to grow food that is fed to animals, not humans. If we used all the arable land to grow food for humans we could feed everyone (a vegan diet), take other animals out of the food system and reinstate native woodland across the vast areas that were cleared for grazing. The carbon capture potential of that woodland would be very significant in terms of addressing our contribution to climate change.

Our ad is intended to draw attention to the urgent need to address the highly significant contribution to climate change of using animals for food. This much-ignored area has huge potential in terms of tackling human-caused climate change as well as many other ways in which we are destroying our shared environment.

The industry complainants’ approach suggests that they believe animal agriculture in the UK operates in a silo. Or perhaps it is more accurate to say, that is what they would like the public to believe. However, most people understand that our behaviour at home has an impact elsewhere, as we are part of a global food system and because climate change is a global phenomenon. There is also increasing awareness that those experiencing the worst effects of climate change are in countries with the least resources to defend themselves. Our consumption of animal products, the impact on climate change and on the environment more broadly, is a moral issue, not a matter of personal choice.

The farming industry that complained about our ad is focussed on the short-term profit generated for themselves and for a few large companies who control the breeding and slaughter of the animals we use as food. This profit is gained at a huge cost, not only to the animals who are bred to be killed, but to the environment, including through climate change. Those same farmers will struggle to earn any living at all when the full impact of climate change and environmental destruction hits home and they experience the impossible circumstances that are already endured by other countries as a result of our Western World activities. Those farmers have families who face a hopeless future where the very existence of human life is threatened by our current behaviours. Of the many efforts individuals can make immediately to reduce their impact on the environment, changing how they eat is the easiest and cheapest, and therefore can make the most impact. Research from the Oxford Martin Institute shows that a global change to a vegan diet would reduce GHG emissions by two thirds, as well as having economic and health benefits. This is not about point scoring: it is about providing the public with accurate information that is their right to know so that they can make informed choices about behavioural change in their individual efforts to combat climate change.

* The full response submitted to the ASA by Go Vegan World substantiating the claims made in our ad can be read here: GVW Response ASA Climate ad complaint 2 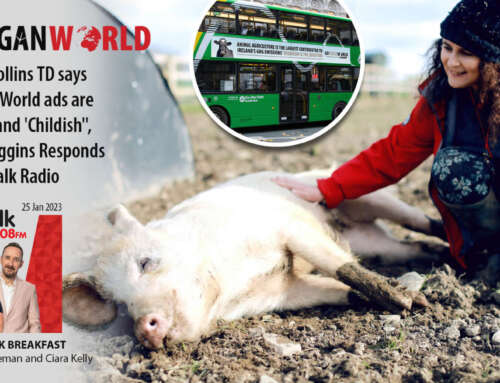 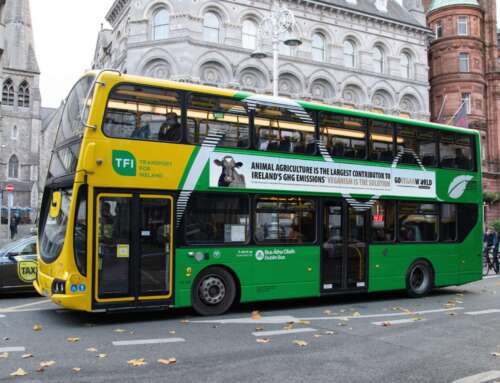 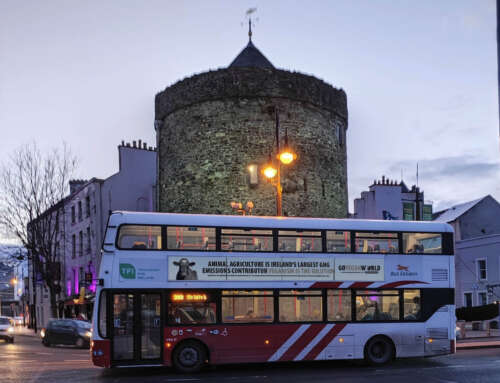 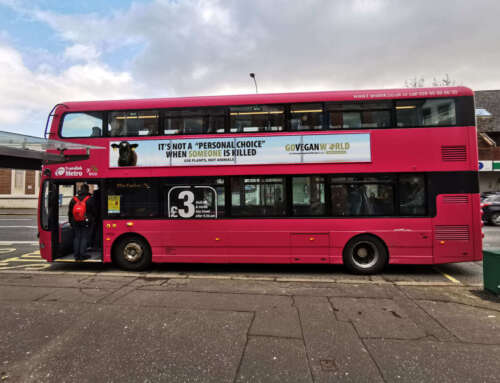 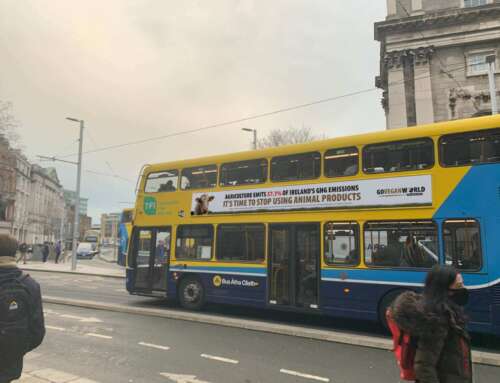