Climate change, loss of biodiversity, environmental collapse, and global pandemics are all in the news at the moment from our daily news feeds that report on the numbers of new cases and deaths from Covid 18, to reports of devastating loss of diversity and the ruthless effects of climate change. Most people don’t read the scientific reports referred to in newspaper columns or in popular TV programmes such as David Attenborough’s recently shown documentary Extinction. Public education takes place at second hand and is greatly influenced by the filter of the media that reports it. How we act individually to contribute to or divert disaster is greatly influenced by editors’ interpretation of the science and how they report on the recommendations. An interviewer or writer with a rational, open, curious approach with an interest in educating readers and listeners about facts and solutions, will have a very different effect than one who is merely a mouthpiece for the status quo and those with a vested interest in short term profit at the expense of our survival.

You can listen to the two hour long interview here. The excerpt above includes Sandra Higgins’ interview followed by Dr Sean Owens.

In 2010 the Aichi Biodiversity Targets laid out a ten year plan to protect the world’s ecosystems and promote sustainability. A decade later none of those goals have been achieved, albeit six of them have been partially achieved. The report released from the UN this week, is a timely reminder of the seriousness of the situation we are facing, how little time we have left to act, and the changes we need to make to avert disaster, one of which is transitioning away from animal agriculture and consuming a plant based diet.

There have been several reports in the last few years that should have caused global alarm about the future we face if we fail to change how we consume and live. Humas are inflicting tremendous harm and although we have an inflated view of our value and entitlements, we are just one species among others, living on a planet with limited resources. Despite the various recommendations in the last few years that have been deemed essential by scientists for the future of life on earth, not a lot has changed with respect to human behaviour. Even our recent experience of what it is like to live with the disruption of a global pandemic, has not shocked us sufficiently for top down recommendations from Governments, or sufficient change at the individual level, to avert far greater disruption and disaster. Only a handful of media outlets act according to their ethical responsibility to convey accurate information to the public and assist us individually and collectively in taking the necessary preventative action.

Animal Use: The Common Denominator

One of the most significant common causal factors in climate change, pandemics, loss of biodiversity, environmental and ecosystem collapse, is our relationship with other animals.

The Micro Level: What we Eat

At a micro level, our use of other animals as resources, especially as food, is not only unethical because it is wrong to use and kill a sentient animal: it is unethical because of its impact on the environment. The science is very clear that our animal agriculture-centred food subsidised food system is broken and wrong and must change. Animal agriculture is a significant cause of climate change through GHG emissions and land use which could be used to sequester carbon. Anyone who doubts the impact that every individual’s food choices make on the world, should familiarise themselves with the impacts of those choices. The science shows that all plant foods emit less GHG emissions than animal products and impact significantly less on the planet in several ways. 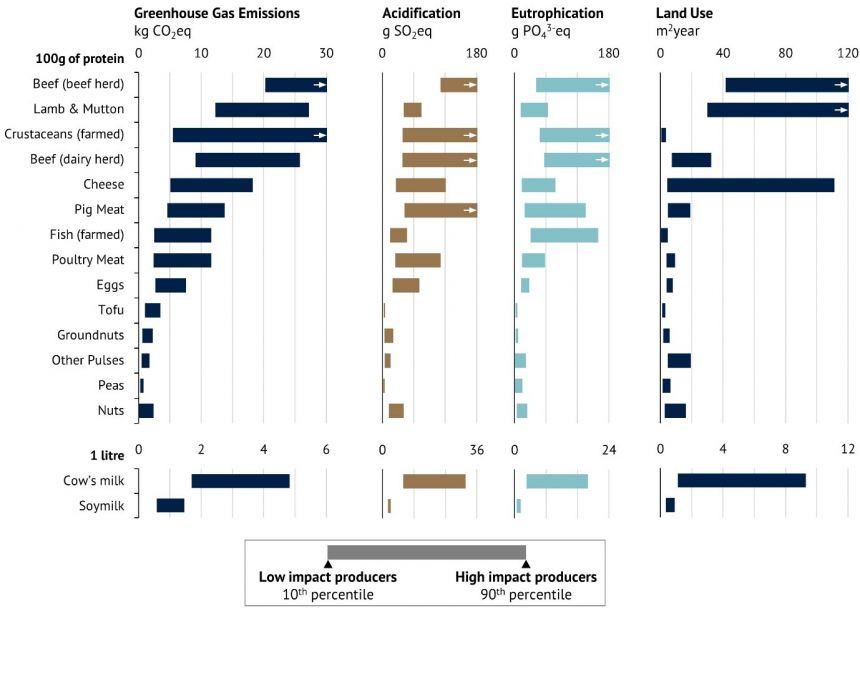 Animal agriculture causes deforestation, harm to soil, air, and water, uses vast tracts of land which could be used to sequester carbon, and uses vast amounts of fossil fuels. It is a prime example of food waste (for every 100 calories we feed other animals, we only extract 12 calories of animal food products in the form of flesh, dairy and eggs). The system is artificially supported through financial subsidies, and advertising and misinformation that ensures that members of the public continue to believe that they need to eat fish, flesh, dairy and eggs in order to meet their nutritional needs. In fact, animal products are not essential for human health; a wholefood plant diet is nutritionally adequate and can prevent many diseases and causes of early mortality (Journal of the Academy of Nutrition and Dietetics, 2016;116:1970-1980.)

Transitioning to a plant-based diet is the single most effective action that individuals can take to avoid the problems our world is currently facing. Unsurprisingly then, it is one of the actions that is highlighted in most of the reports over the last decade on these interconnected global issues. Our relationship with other animals, either through encroaching into their habitats, or directly from owning and killing them as food, is a significant cause of infectious disease and of most global pandemics. Yet the attribution of causality to one form of animal use (wet markets in China), has been a lost opportunity to educate the public about zoonotic diseases and the great likelihood that the next pandemic will emanate in our own countries from chicken or pig farming.

Of all the recommendations outlined in these reports as being essential to protect life and the planet, and subsequently highlighted in the media, none causes more outrage than the suggestion that we need to change how we eat and produce food. As soon as a report is issued recommending a plant based diet and a change away from animal agriculture, the farming lobbies use their power to try to suppress and change the interpretation of science and to control how the media imparts information to the members of the public.

Both the micro level of what we eat, and the macro-level of our human supremacy and speciesism, must be addressed to avert disaster. Years of scientific investigation have left us in no doubt that our future, and that of our children, is very bleak unless we change our behaviour rapidly. Behaviour does not change in a vacuum: our understanding of causality, and our expectations about the feasibility of change are crucial factors that decide the future of life on earth.

The micro-level of what we eat is governed by our cultural understanding of ourselves. We believe in the myth that the planet and everyone on it exist as commodities or resources for us, the superior species. The fact is, we are just one species among many others, all of whom have a right to live on and be sustained by the earth. It is at the macro level that the damage that results in the collapse of the ecosystem that sustains life originates. The human species is the one causing this collapse through our behaviour, and this behaviour, in turn, is governed by how we understand ourselves and our place on earth. We imagine that we are superior to other forms of life, and that they exist because we own them for our use. We have a narcissistic sense of entitlement to the resources of the natural world, with no concern for the future. We seem unable to delay the temporary gratification of out of control consumption under a capitalist system, for the greater good of living sustainably and having a future. We regard other animals as mere commodities who exist to be killed to satisfy our taste, convenience, habits, and greed for profit.

A Plant Based Diet is Necessary but Not Sufficient

While a reduction in the consumption of other animals as food by way of a predominantly plant based diet, or even by way of flexitarian or reducetarian approaches, will greatly assist us in reaching some of the broad targets of averting a complete collapse of the ecosystem, these approaches fail to target the problem at its root. As long as we condone some animal consumption, we condone animal agriculture with all its concomitant lack of ethics and waste of resources, and we fail to address social inequalities that mean some people have enough to waste while others have insufficient to meet their daily needs. As long as we think of other animals as resources, instead of sentient beings with rights, we fail to address human supremacy and speciesism, the very factors that have caused the problems of climate change, loss of biodiversity and environmental destruction in the first place.

The last few years have seen report after report recommending a plant-based diet, followed by a media furore rejecting this simple solution to a significant proportion of our problems. No one is claiming that a plant diet is the solution to all our problems, but the ethos of veganism which is a social justice, rights-based issue, predicated on the belief that it is wrong to own, use and kill other sentient life, goes quite a bit towards changing the tide of destruction that we are headed for in terms of the interconnected problems we are creating because of how we live and use the natural world.

If we keep doing what we have always done, we are assured of getting the same results we have always got which, in this case, are failing miserably. Isn’t it time to try something new? Instead of rejecting the recommendations for a transition away from animal agriculture to plant based agriculture, and for the consumption of a plant based diet, as well as for a new way of relating to the earth and the forms of life we share it with, why not give it a try? Why not hear what those of us who already live vegan and find it easy and enjoyable to consume a plant diet?